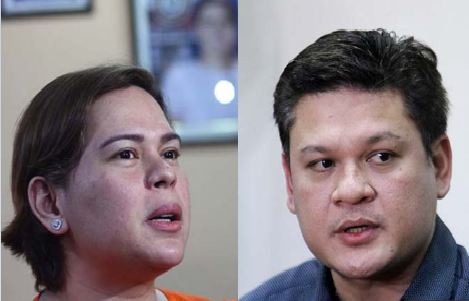 Davao City Mayor and Hugpong ng Pagbabago chair said on Tuesday that she won’t ask her brother Paolo to show tattoo on his back, unless a case will be filed and court orders him to do so.

“Kung ako, ‘di ko ipapakita yung tattoo ko kasi I have my right to privacy. Unless there is a case about my tattoo, kung sinasabi ng judge ipakita mo yang tattoo mo then that’s the only time na magpapakita ako,” Sara said in a media interview, as reported by GMA News.

The said video also revived Sen. Antonio Trillanes IV’s earlier allegation against the presidential son, having a dragon-tattoo on his back- the alleged proof of his ties to a drug trafficking triad.

Meanwhile, in a Facebook post last week, Paolo a former Davao City vice mayor who is running for a seat in Congress accused Trillanes as the mastermind behind the video.

“And no, I will not show the tattoo on my back and make things easier for Mr. Trillanes. Instead, I dare him and everyone behind the stupid and empty video exposé to back their claims against me.” He said