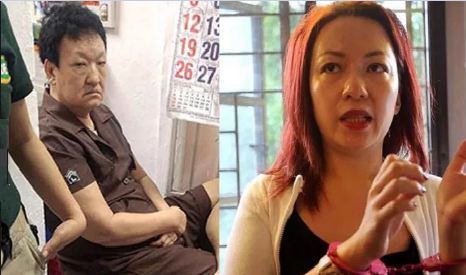 Aquino made the statement after the Manila Regional Trial Court Branch 49 cleared the drug queen’s daughter off the charges and ordered her release from detention last October 25.

Aquino, on the other hand, refused to name the said protector.

When pressed for the identity of the alleged protector, Aquino said that person would know that he was talking about him.

“Yes, someone from the government. Katatapos lang namin hulihin, nakikialam na,” Aquino said, citing that he has intelligence reports, and reliable source as basis of for his claim.

PDEA arrested Uy in a raid back in 2017, and said that the agency would take further steps to get justice over Uy’s case, which includes taking the case up in the Supreme Court.