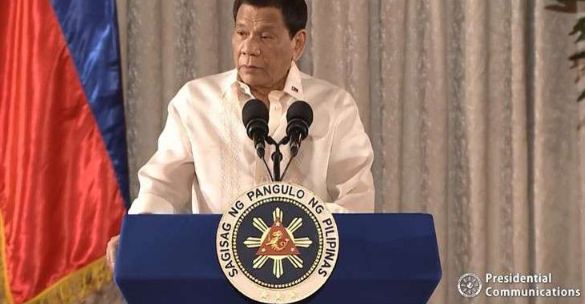 President Rodrigo Duterte has revealed on Wednesday that it was the 19-year-old Ashley Abad who possessed the party drug called ecstasy that led to her death in a Sinulog party last January, not from her boyfriend as initially reported.

“Pumunta dito ang nanay pati tatay (Her parents came here) and of course the loss of a beloved daughter… Nagreklamo sila (They are complaining), they want justice,” the president said

“Pero nakita nila, na-recover ng forensics examination pati ‘yung… (But forensics examination showed that) She was the one who was actually texting another girl na maghati sila doon kasi ‘yung isa reserba niya para sa kanyang boyfriend (that they split the drugs because the other one was reserved for her boyfriend),” he added.

The president also shared that he could not find the strength to tell the parents of Abad the truth.

“And to make a long shot guess na galing sa boyfriend, eh siya ‘yung may hawak eh. Siya nga nagsabi doon sa text para ito sa boyfriend niya (that it came from the boyfriend when she was the one in possession of it. She said in the text that it was for her boyfriend),” Duterte said.

Duterte also expressed his sorrow to the parents of Abad.

According to reports, the medical student teenager took a drink laced with ecstasy during a concert at the Cebu Business Park last Jan. 19 in celebration of the Sinulog festival.

Abad later on collapsed on the concert venue and died a day after.

Meanwhile, Nel Spencer Tiu, Abad’s boyfriend, appeared last February 13 before the Cebu City Police Office (CCPO) and denied that he was the one who gave her the party drug ecstasy.