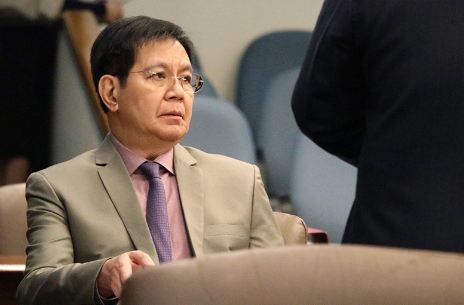 Senator Panfilo Lacson has called on his fellow lawmakers to craft a resolution reminding the United States that the Philippines is not its colony.

This idea from Lacson came after five US senators condemned the Philippine government over the detention of opposition senator Leila de Lima, also after cases filed against Rappler and Maria Ressa, and the alleged extrajudicial killings due to fight against illegal drugs in the country.

“A Ph Senate resolution is appropriate to call out these 5 US senators. We are not their colony,” Lacson said in a tweet.

“We have a Constitution that provides for three(3) co-equal branches and a judicial system where due process is followed, regardless of its flaws and weaknesses,” he also said.

The US senators namely  Edward Markey of Massachusetts, Marco Rubio of Florida, Richard Durbin of Illinois, Marsha Blackburn of Tennessee, and Christopher Coons of Delaware, filed a resolution seeking the release of De Lima and dropping of cases against Rappler and its CEO.

“The Senate calls the government of the Philippines to immediately release Senator De Lima, drop all charges against her, remove restrictions on her personal and work conditions, and allow her to fully discharge her legislative mandate, especially as Chair of Committee on social justice,” the resolution read.

“[It] urges the government of the Philippines to guarantee the right to the freedom of the press, and to drop all the charges against Maria Ressa and Rappler,” it added.