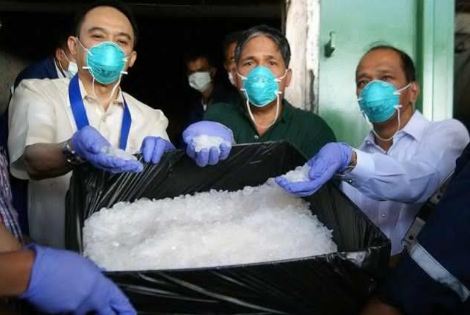 The Philippine Drug Enforcement Agency (PDEA) on Sunday reported that the authorities seized a total of PHP5.27 billion worth of shabu in the first quarter of the year, marking the highest volume of illegal drugs seized in the country’s drug law enforcement history.

“This is the highest recorded shabu seizure for the first three months of the year in PDEA history. It also more than doubled compared to the second highest first quarter seizure which was recorded in 2015 with 314.47 kilos worth PHP2.14 billion,” Aquino said in a statement.

The PDEA director explained that the result was due to the series of bulk volume of shabu seized in Cavite, Muntinlupa and Manila.

Aquino also said that the 2,034 anti-drug operations conducted and 2,818 drug personalities arrested by PDEA for the period are also the highest since 2009.

“This volume of seizures is an indication that we are conducting high-impact operation and hitting high-value targets,” Aquino said