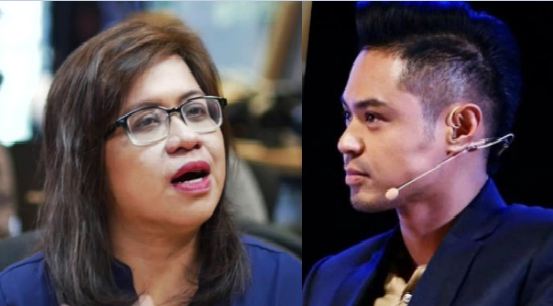 Mabanta, on a lengthy Facebook said that “perjury” is what he is saving for Laurio.

“WHAT YOUR LAWYERS DIDN’T TELL YOU IS THAT YOU COMMITTED SEVERAL COUNTS OF PERJURY BY LYING UNDER OATH ON TWO SEPARATE OCCASIONS.

“AND MY LAWYERS HAVE ACTUAL PHYSICAL EVIDENCE FOR YOUR CRIMES.

“YOU’RE IN A SITUATION RIGHT NOW THAT IS DAMNING AND CONCLUSIVELY INDISPUTABLE.

“EVEN MORE THAN THE FIRST TWO TIMES YOU LOST TO ME, THESE COUNTS OF PERJURY ARE FUCKING BULLETPROOF.

“YOU CANNOT AND WILL NOT WIN THESE CASES. EVERY TOP TIER LAWYER I’VE SPOKEN TO SAYS IT’S GAME OVER. DONE, DONE, AND DONE.”

Mabanta also stressed that he is not going to settle, nor he wants a public apology.

“I WANT YOU BEHIND BARS. THIS IS FOR ALL THE GOOD PEOPLE YOU SLANDERED SO IRRESPONSIBLY, FOR THE UNDESERVING YOU LIBELLED HEARTLESSLY OVER THE LAST THREE YEARS.” he said

In December 2017, Laurio sued Mabanta for 4 counts of libel over his Facebook posts where he made fun of her appearance.

Mabanta called Laurio as an “Ogre Lady”, who is “profoundly disgusting” and “hideous”. He also accused her of playing the “victim card” and being funded by “Yellows”, referring to the Liberal Party.

In May 2018, according to a report by Adobo Chronicles, a local court dismissed one of four counts of a lawsuit filed by PAB against Mabanta.

In its ruling, the court said, “Beauty lies in the beholder.  What one may consider beautiful may be ugly to another.  We cannot hold Mabanta liable for his perception of beauty.  Besides, that’s his opinion, and this Court does not have jurisdiction over people’s opinions.”