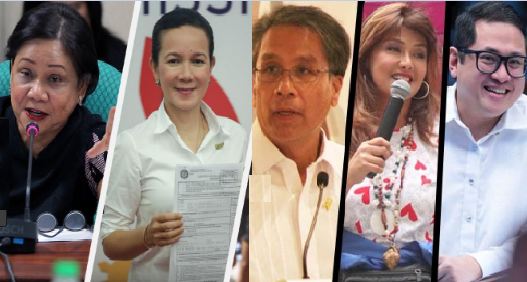 While the third to fifth place belong to Deputy House Speaker Pia Cayetano, who is seeking a comeback in the Senate, and two other reelectionists, Sonny Angara and Nancy Binay.

Angara was reportedly delighted over the result, as he immediately released a statement enumerating his achievements in the Senate.

Re-electionist  Sen. Koko Pimentel and former senator Jinggoy Estrada got the eighth and ninth spot with 34 percent each.

Meanwhile, former senator Serge Osmeña got the 13th place this time, and re-electionist Senator Bam Aquino placed in the 14th spot, out of the magic 12.