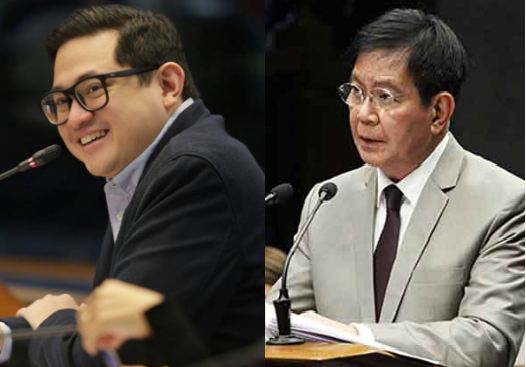 Manila, Philippines – Senator Panfilo “Ping” Lacson made a clarification about the credit grabbing accusations against Senator Paolo Benigno “Bam” Aquino IV pertaining to the passage of RA 10931 for his re-election bid.

In a video by the Kaya Natin! Movement, the former PNP chief said that Aquino’s part as the principal sponsor is harder compared to being an author as you need to defend the bill on the plenary.

In an old article by Politiko on August 2017, then Senate Majority Leader Vicente Sotto III has also set the record straight on who should really get credit for initiating the Free Tertiary Education Act – amid the heated arguments on social media about credit grabbing of the law’s passage.

“(The) principal sponsor sponsor is (Sen.) Bam (Aquino) because he was the one who reported it out (on the floor) and started the defense (to steer the passage of the bill). (Sen. Francis) Chiz (Escudero) is the co-sponsor,” Sotto said.

“But the principal author is Ralph (Recto) or the first one who files the bill on subject and the others are co-authors,” Sotto also said

“The one who presents and defends the bill on the floor is the principal sponsor. All other presenters are co-sponsors. Take it from me, I’m the longest sitting and most experienced member. (And) rules (committee) chair three times,” he added.

According to records of the Senate, Recto was the first to introduce the bill in June 30, 2016 and was followed by Aquino and other senators.