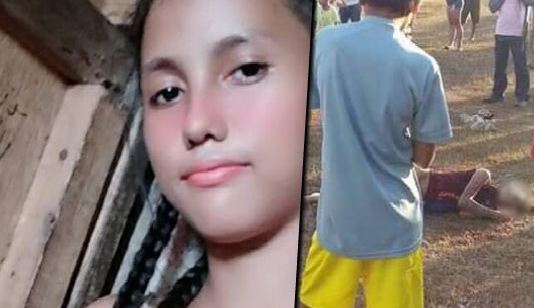 The lifeless body of a 16-year-old girl was found in an empty lot in Barangay Bangkal, Lapu-Lapu City, on Monday morning, March 11, 2019.

The girl, who was believed to have been raped before half of her face was skinned, was identified as Christine Lee Silawan, grade 9 student and a resident of barangay Mactan in Lapu-Lapu City.

Silawan, reportedly failed to come home on Sunday after asking for her mother’s permission to go to church, she served as a collector in the nearby Sacred Heart Parish Church in the neighboring Barangay of Pajac.

According to police reports, three men were last seen with the Grade 9 student before she was found lifeless by passers-by on Monday morning, said Police Colonel Lemuel Obon, Lapu-Lapu City police director.

“We have witnesses who said three men were seen with the victim. We are now tracing their whereabouts,” he said.

Silawan’s mother reported to the police that her daughter has failed to come home on Sunday.

The authorities then received a report Monday morning about a girl’s body dumped on a vacant lot in Bangkal.

The young woman was identified by her mother because of the shirt she wore.

She was found naked from the waist down, thus, police concluded that she was possibly raped but had yet to get the official findings from the medico-legal officer.

According to reports, there is a big possibility that the suspects were under the influence of drugs considering the brutality of the crime.