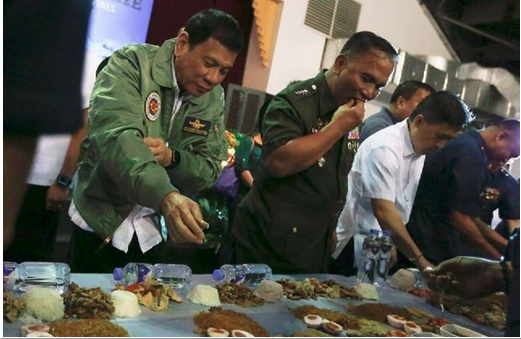 A concerned citizen and pro-Duterte supporter lambasted the critics of President Rodrigo Duterte for consistently trying to oust him from power.

Ms. Krizette Laureta Chu, who is also a writer and blogger, enumerated how the president is not evil no matter how his enemies try convincing the people.

“Nakakaloka. This is why you can’t convince people that Duterte is evil.

While Risa Hontiveros was out kidnapping witnesses, Drilon was protecting Andy Bautista so he doesn’t have to reveal his billions, Trillanes fabricating stories again and again and again to plant doubt in the mind of people about Duterte,

The President has done these three things, among many others, to show the kind of leader he is without major coverage or interviews from media.

LEADERSHIP: YOU HAVE IT OR YOU DONT. (Newsflash: They don’t.)”

True enough, president Duterte revisited the torn city of Marawi for the third time since the war started and martial law was declared on May 23.

He reportedly insisted on personally going to the main battlefield to provide support and boost the morale of the troops despite the danger. The president also congratulated the men after they recaptured the mosque for the Islamic State-inspired terrorist group.

Furthermore, the president also promised to eat poultry products from Pampanga by leading a boodle fight in the said province, to give proof that these products are now safe for consumption.

Being the leader of the country, he’s well praised by the Filipinos for keeping his dedication to the people and working relentlessly.